There are ADA rooms, and there are accessible rooms – and often those are two different things.

27 years after the landmark Americans With Disabilities Act, most hotel rooms are completely unusable to many disabled Americans. Hoyer lift users are shut out by box platforms beneath beds, i.e., almost all hotel beds. Independent travelers in chairs are shut out by beds too high to transfer. Beds and sinks are too cramped for use. So while some barriers have been ironed out, others still render travel stressful if not impossible.

This link is a list of those special ADA rooms you rarely come across: beds with no platforms, low beds and adjustable-height beds, super-accommodating staff, the ones you need. Use it. Contribute to it. Promote it. I’ve looked for a database like this for a long time, so here it is.

Call to confirm info before booking.

Down the Escalator: Why escalators in O’Hare Airport’s terminal of the future?

Chicago Tribune’s Blair Kamin takes star architect Jeanne Gang to task for heavy reliance on escalators in her $8.5 billion O’Hare terminal redesign. Gang creates brilliant structures, including this one, and her multilevel airport design lets plenty of natural light into the airport experience. Kamin, however, argues that the escalator plan complicates and frustrates travelers, and with breakdowns like what occurs at other airports, could even put pressure on national traffic patterns.

But what’s truly refreshing is Kamin’s primary concern with the effect on disabled travelers and channeling them to find and use elevators, which could have been minimized with some of the competing plans that were more open. Kamin speaks with Marca Bristo, head of advocacy group Access Living, who says that Gang and associates had been hands-on with accessibility planning and meeting with Access Living. But now Bristo is disappointed, because that ball has been dropped — down the escalator.

Get Offa Your Platform: Sign petition for hotel standards to aid disabled travelers

Please sign this petition to set hotel standards for bed height and clearance under the bed (for a patient lift). Almost 30 years after the ADA, lots of people still check into hotel rooms to find they cannot use them.

Many disabled travelers use a Hoyer lift, which rolls underneath a bed. Most hotel beds are either too high or they sit atop a box platform, so that the lift cannot work. I think the platforms stop guests from forgetting things underneath the beds and take away the need for cleaning there. But most hotel staff and even managers seem to have no idea about the platforms at all, so there’s a lot of misinformation given as reservations are made. Even when we ask point-blank about platforms, we usually get a wrong answer. Happens to me all the time. Kind of puts a damper on your vacation, to say the least. This is why we’ve slept in the car for years. Safe, huh? And if we’re doing it, others are too. Let’s change this.

inaccessibility stories: it’s not a step, it’s a stoop

We drove downtown to see a play with two other couples. One of our party, John, knew the playwright. I made reservations at a restaurant nearby, and of course like all wheelchair users, phoned first.

Completely accessible to wheelchairs, said the man on the phone, no steps – and he answered with such confidence, even my follow-up questions, that I had a really good feeling afterwards. The place was popular for its fare, but on Sunday afternoons things usually work nice.

When we showed up for our reservation, right in the front there was a step. Then another up into the door. That makes two. My friends went in to get whoever was in charge.

It’s only a stoop, he says. Once you get inside, everything’s flat. You can go everywhere. Wheelchair-accessible.

He was not contrite, and I don’t remember all the ways we told him he was an ass. We didn’t have a lot of time to waste on him so we went on our way, and it being Chicago there was a quiet Italian place down the block. Most areas don’t have that option, just as most owners are not such asses. The ADA had been the law of the land then for about 12 years. 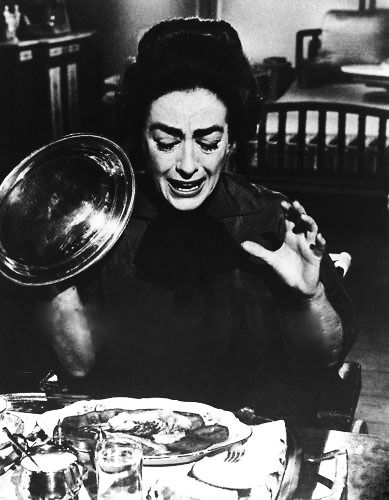 Please share your own inaccessibility story – we’ve all got ’em. There is a movement to take apart the ADA, which could very well happen unless we speak out. When I tell people an inaccessibility story, their mouths drop: “In this day and age?” They have no idea. Well, let’s give them an idea!